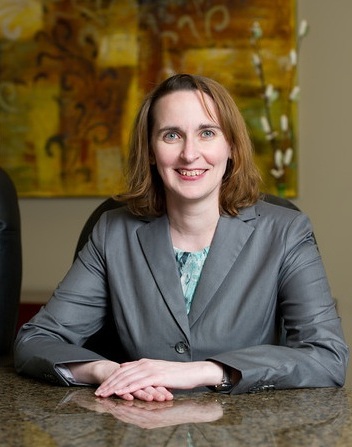 Kathleen (Katy) Marie Hurley, of Atlanta, Georgia, died of complications from cancer treatments on July 15, 2019, surrounded by her closest friends.

Katy was preceded in death by her parents, Richard and Rosemarie Hurley. She is survived by her significant other Robert Schultz of Houston, Texas, her brother and sister-in-law, Michael and Sara Hurley of Green Bay; and her nephews, Samuel and Benjamin Hurley. Katy is also survived by a large circle of friends and co-workers who meant the world to her.

Raised in Sheboygan, Wisconsin, Katy graduated from Sheboygan South High School in 1993. She graduated with honors from Wake Forest University in 1997, majoring in Political Science and English. In 2000, she graduated from the University of Georgia School of Law with a Juris Doctor with honors. She was at partner at Cruser Mitchell in Atlanta, specializing in civil tort litigation. In her 18 years of practice, she earned the respect of her colleagues in both the defense and plaintiffs’ bar by virtue of her integrity, intelligence, work ethic, and wit.

She met Rob, the love of her life, in 2001 and together, Rob and Katy travelled the world. As disciplined as Katy was about work, she was carefree when she travelled. She was happy to veer off the path to discover an unexpected vista or encounter a wild animal. She was particularly fond of foreign adventures and the U.S. National Park System.

Katy enjoyed sports and was a season ticket holder of the Braves, the Hawks, and the Dream. She attended the Green Bay Packers Super Bowl victory in Dallas with her brother and sister-in-law in 2011 and the Astros World Series in 2017. She attended a college football national championship game, the Masters, and the 2019 Kentucky Derby. Katy loved cats, music, art, museums, theatre, and nearly anything printed in a book.

Katy was actively involved in leadership roles at The Lutheran Church of the Redeemer in Atlanta. She was elected to congregation council, served as chair of the outreach board, and most recently served as the church’s financial secretary. Katy served on the board of several non-profits, to include the Midtown Assistance Center, For the Ninos, and Lutheran Towers Retirement Community. She travelled to Haiti and Nicaragua on mission trips. For a number of years, Katy served as the attorney coach for the Duluth High School Mock Trial Team.