Skip to content -
FOMO: noun; Fear of Missing Out 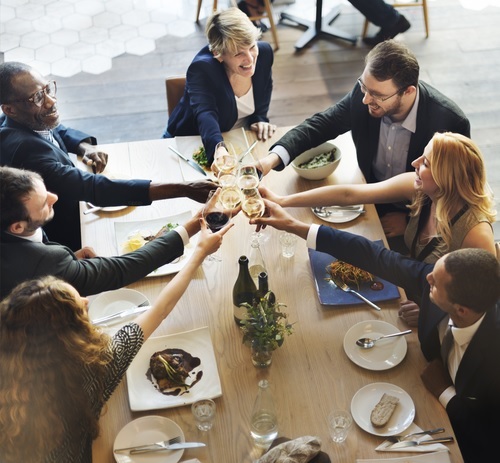 The Disruptive Lawyer got a call from the claims manager of an insurance carrier he had never worked with. The claims manager explained, “Hey, I’ve attended a few of your Masters of Negotiation Series seminars and read The Disruptive Lawyer’s Little Black Book of Litigation Management and I’d like to use you on a construction defect (CD) case in Georgia.” The claims manager further confided, “I am a bit hesitant to give you this assignment because we usually hire lawyers who specialize in CD work, and I know CD is not your specialty, but you have convinced me that sometimes a “dealmaker” is more important than a content specialist. And so, let’s see what you can do on a CD case.”

Upon getting the file, the Disruptive Lawyer’s team quickly discerned that that the case was a mess where the developer of a new condominium complex was suing 20 contractors who worked on the building and faulty workmanship led to about $2.8 million of repairs/damages. Liability was very likely against several of the defendants, including the insured, and so, the key issue in the case was apportionment of fault between the 20 defendants, which would be an enormously expensive. Indeed, as the parties set out a scheduling order, they estimated at least 40 fact/party depositions, not to mention expert depositions. In effect, the Disruptive Lawyer needed to extract his client from the case before the billing bonanza began, budgeting the Cost of Defense through discovery alone would get close to $100,000.

The Disruptive Lawyer’s team jumped on the claim, met with the insured, learned the insured’s scope of work, obtained voluminous supporting documents, and essentially learned there was some exposure to the insured – but not significant exposure. By day 60, the Disruptive Lawyer’s team met with plaintiff’s counsel informally to share all of the information and explained, “We are the tip of the tail of the dog on this case. How about you take a few bucks from us now, dismiss us, and you can focus on the rest of the defendants?” After going back and forth in negotiations for a couple of weeks, the case settled for a fraction of the potential cost of defense and well before dozens of depositions were about to commence. The Disruptive Lawyer team billed $13,000 to get the case resolved, meaning the entire Cost of Case (indemnity + legal fees) was a fraction of the potential cost of defense.

The claims manager was ecstatic, noting that the Disruptive Lawyer team had delivered just as outlined in The Little Black Book of Litigation Management and Masters of Negotiation Series.

Meanwhile, fast forward six months later: The Disruptive Lawyer is still on the CD case’s court email docket, receiving more than 260 court docketing notices from the plaintiff and remaining 19 defendants (YES, all 19 are still in the case). The parties continue to do all the time-consuming pleadings like “Motion to Compel,” “Notices of Depositions,” “Amended Answers,” “Notice of Nonparty Service,” “Brief in Support of Motion to Dismiss,” and “Motion for Default.” Further, the Disruptive Lawyer has been copied on over 100 emails between the 20 parties about scheduling, discovery disputes, and has missed out on the fun of 10 all-day depositions, so far. The Disruptive Lawyer realized that these docket notices and emails are the legal equivalent to Snapchat and Instagram posts about the big event you’re not part of but keep being reminded about.

But is there any FOMO? No way!

INTRODUCING SOGO: noun; Satisfaction of Getting Out

What could be better than efficiently resolving a case and securing a new client?